I think every writer goes through this period of enormous self doubt....and I'm struggling with it right now I think.  I have about ten posts that I have written ...rough drafts.....and I never quite allow them to become REAL.  Hopefully winter will make me brave!

New things going on:  Baby has a couple of new teeth.  The weather here is horribly horribly WARM.  I have a new product out...a moss soap! See pic below.  The chickens are still going strong. I do plan on culling my flock by half next year, but I also want to get a bunch of new chickens next spring...I'm thinking five replacements for the culling of the original ladies and maybe another five meat chickens to raise over the summer, the foraging type.  I'm going to expand the run a bit and add a space to put the new guys and also use that space to raise baby chickens. I was really hoping one of my chickens would turn out to be a boy, but it looks like I'm going to have keep shipping in chicks till I get a good breeding boy.  I have taken up crochet and knitting.  We survived the Fall time rounds of the flu and came out a few pounds lighter ...  I hope this finds you all healthy and happy and ready to enjoy the holidays!  I'm dreaming of mys spring time garden and baby chicks already!

Pics for a lazy afternoon...

Just going through photos....found some that I don't think I have posted before.

Hope his finds you all healthy and warm!

Late May our first child was born in the wee hours of a warm muggy morning.  We happened to be adopting but I was lucky enough to have been there for her since the beginning, and was also lucky enough to be part of her birth.  As you can imagine we have been busy since then!  I only have now recently been claiming my brain back from sleep deprivation...

Crawling out of the lovey baby newborn haze is difficult!  But I'm sure you will all be seeing more of her on this blog.  I have found a renewed interest in writing since Baby has come into our life.... I think it is because I feel like I more aware of the world and its shape and contours, and of my own place in it.  I imagine what it would be like if my own mother wrote a blog before she passed....

Here is Baby....  Our house has blossomed in bright spots of Pink in every hue....since before her we didn't own anything pink at all....and we adore her....adore her so much.... 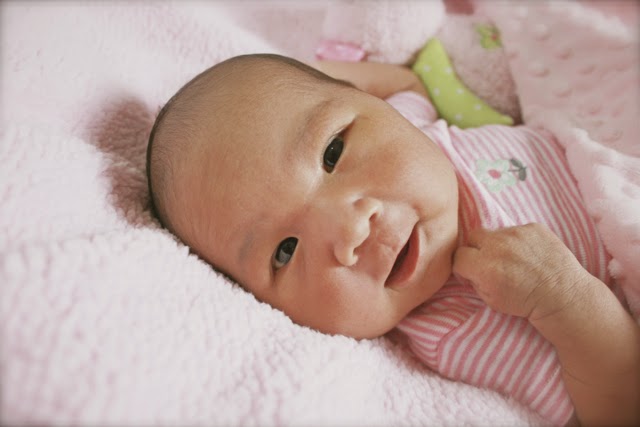 It's been a while since I posted so I thought i would make sure I post about my FAILURES....or hindsights....just as reminder that with all the planning I did I completely failed in some aspects!

Our winter finally...wintered...and we had gotten down to -65 degrees at one point.  The chickens were handling the cold fine.  They weren't ecstatic about it, but they were showing no real signs of stress besides slowing down on the egg making.   As most know I have been using the deep litter method in my coop to try and heal heat it up a bit.  I started with a small amount of river sand left over from the summer that I couldn't quite get out, then I added a layer of pine shavings, then a layer or bed straw.  I added some straw here and there and made sure to sprinkle BOSS every once in a while so that the chickens could mix it up a bit.  I know they were mixing it up a bit because some mornings I would go in there and it looked like small bombs went off, as there were holes in the bedding everywhere.

Fast forward to the deep freeze...

I believe that some of the bedding must have gotten wet, and then froze.  In fact I think back on those weeks of heavy cold and I don't remember really seeing any of their customary digging pits for a while.  I figured that for some reason the lowest layer of the deep litter froze solid.  I figured when it started warming up and it was okay for the chickie to go out in the run then I would go in there and do a big stir.

Fast forward to the crazy WARMTH....

so we went from -65 degrees to 25 degrees in the matter of a week....and the temperatures stayed above 10 degrees at night.  Everything began dripping and melting.  The layer of frozen stuff at the bottom of the coop began composting at a incredibly fast rate, and was being fed by what I assume was frozen moisture that melted.  So the other day I open it up and get a whiff of ammonia.  I can guess that it means there is moisture in their somewhere where it isn't suppose to be and that the ventilation wasn't taking care of it.  I also noticed the chickies weren't digging down into the bedding at all. So I got my chicken coop outfit on....coveralls, poopy boots, face mask and rubber gloves got all the chickies into their run on a warm day, and dug into the bedding.  It was SUPER hot.  The coop filled immediately with hot humid moisture, literally billowing from the coop floor. The bottom layer was rich and dark and way too moist.  It smelled like a mix of really great compost, and ammonia.

I would be excited but I'm months away from actually having a garden.  We still have at least three feet of snow on my beds.  So I ended up having to remove most of the composting stuff with too much moisture and put them in garbage bags next to the coop.  Because apparently I forgot to create a space for the compost!

I left some of the more drier stuff in there and just added more bed straw and mixed it up a bit.  I dosed the chickens with some oregano oil in their water to try and head off any type of respiratory illnesses they might get but so far they don't show signs of getting sick.  I also have been leaving all of the ventilation slats open....at least during the day when the temperatures are more mild.

Any advice will be much appreciated!

The great part is that I am taking an online Cold Climate Permaculture design course, so it really makes me aware of what better planning and thought would have helped out with!